Response from SCCA Board of Directors’ Chairman to Time Trials Questions 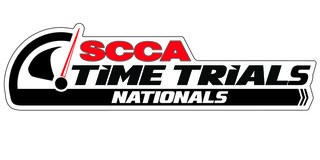 As a 25-year SCCA member, I have had the opportunity to participate in hundreds of SCCA events as a competitor, volunteer, regional official, and now as Chairman of the SCCA Board of Directors.  I was thrilled both as a member of SCCA leadership and as a Spec Racer Ford Gen3 competitor when I was able to see the SCCA Runoffs take place at Indianapolis Motor Speedway.  And, as a longtime SRF driver, I am thrilled to see SCCA Autocross reach the point where a “Spec” class – a class in which I also now compete – is growing by leaps and bounds.

However, between our Road Racing and Autocross programs there is a vast opportunity for on-track activities that do not require the very significant commitment of time and money associated with road racing.  Some of our regions have been developing Track Event (“PDX”) programs – mostly as an adjunct to their Road Racing programs.  And SCCA Track Night in America Driven by Tire Rack is in its fourth year and is thriving.  A few regions have developed SCCA Time Trials programs with varying degrees of success, but these programs have generally required vehicle prep levels more consistent with Road Racing than with Track Events, leaving a significant gap in the Club’s product offerings.

This is where the Time Trials Nationals (TTN) initiative comes in. It was approved by the SCCA Board of Directors in December 2017, and is led by the Experiential Department and guided by the newly created Time Trials Board (TTB). Over the past several months, the Board of Directors has received communications from members asking about the new Time Trials program, and I want to take a moment to provide additional background and information on the initiative.

The concept presented to the Board last December was simple:  Create the Time Trials Nationals to act as a “test bed” event designed to attract multiple groups of enthusiasts to an on-track competition environment with a classing structure that accommodates typical tracked and autocrossed cars and includes both on-and-off track activities to make autocrossers, track day enthusiasts, and road racers all feel comfortable and at home.

The TTB in charge of this event would be the full equivalent of the Solo Events Board and the Club Racing Board – a first for the Time Trials program which has been bounced between the Solo and Road Race programs over the past few decades.  The TTB consists of Club volunteers, SCCA staff, and Board of Directors members.  The goal of the TTB is work within the existing Time Trials rules to create a more accessible classing and event format for regions and participants.  This effort is to supplement existing programs – not replace them.

The initial plan for 2018 was for a single “National” event, but as the Time Trials Nationals concept gained traction, it resulted in the creation of several “primer” events – Time Trials events run using the proposed classes and event format of the planned “Nationals” event scheduled for September 28-30 at NCM Motorsports Park in Bowling Green, Kentucky.  These events would provide “proof of concept” and offer testing and debugging opportunities prior to the big show in September.

An important aspect of these primer events was that they grew out of requests from SCCA Region leaders that saw an opportunity for their regions to get in on the ground floor.  One of these primer events was spearheaded by the South Carolina, North Carolina, and Atlanta regions which joined forces to resurrect a former Road Race/Time Trials date at Carolina Motorsports Park that had been deemed no longer feasible.  With three regions co-sponsoring the event, the risks of trying something new were spread – and any potential earnings would be shared as well.

I was personally intrigued enough by the idea of the TTN Primer event that I entered my Solo Spec Coupe (a 2013 Scion FR-S with the SSC suspension kit, wheels, and tires from our partners at Tire Rack).  Driving a car from Tampa, Florida to South Carolina and back that I was planning to use in on-track competition was a new experience for me – and there was a little voice that kept reminding me that it was a long walk home if I hurt the car.

A total of 111 entrants signed up for the event. And despite a tropical-storm-induced weather forecast for rain throughout the weekend, 107 actually checked in at the track.  The demographics were an interesting mix of autocross and road race – with a fairly heavy tilt towards autocross.  78% of participants were born after 1980 and 43% had not been an SCCA member prior to the weekend.  The paddock was pleasantly busy with drivers from 10 states and 16 SCCA regions.  More than half of them drove their competition cars to the track.  There was plenty of evening socializing in the paddock by both volunteers and competitors – more than half of whom retired to tents and campers instead of heading back to a hotel.

On track it was a mix of mostly street cars with a few race-prepped cars.  The vast majority of cars were post-2000 year models with an average build year of 2002.  Although there is no run group for open-wheel and sports racers at the primers or inaugural Time Trials Nationals event, there is a provision in the rules for a “suggested regional classing” for these cars.

This classing structure and event format allow for run groups based on experience level rather than vehicle lap time potential, which is very welcoming to novices.  There is sufficient flexibility in the format to allow regions to hold either stand-alone events, or to include them as part of an existing road racing event.

Looking at the TTN and primer events from a Board perspective, my main takeaway was the enthusiasm for the concept on the part of the region leadership that was present at the event.  They clearly saw the potential benefit to their regions of the multi-region approach to the event, and the cross-pollination of the road racers, track day enthusiasts and autocrossers that participated.  The “smiles to frowns” ratio at the event was clearly way over on the “smiles” side.

From a personal perspective, I had a blast.  The pace of the event was great, the weather gods were kind to us and the rainy weather stayed away except for a few sprinkles, and the SSC car turned out to be a wonderful car to push hard on the track.  Kudos to SCCA, Tire Rack, KONI, Eibach and Falken Tires for the development of the Solo Spec Coupe.  I can hardly wait for September in Kentucky.

And if you want to read a little more about one of the primer events, check out a recent piece written by Jack Baruth for RoadandTrack.com.

-Lee Hill, Chairman of SCCA Board of Directors